Literary festival ends on high with visit of Sathnam Sangerha

The first Cotswold Edge Literary Festival has drawn to a close after the visit of Sathnam Sanghera to Chipping Sodbury.

Sathnam, the author of the best selling memoir The Boy with the Top Knot, was in conversation at the town's Baptist Church for over an hour and a half, before signing books for those who attended the event.

Talking to journalist Richard Drew, he spoke about the writing of the book which document his families struggle with schizophrenia, and how it was made into a film by the BBC. He also talked about his other book, Marriage Material as well as his work as a columnist at the Times newspaper.

Engaging and funny, Sathnam revealed how the publishers wanted to call the book The Boy with the Tank Top, before he came up with the eventual name.

The Cotswold Edge Literary Festival ran from 16 - 23 June, with support from its sponsors, The Olympus Academy Trust, the Willowbrook Centre and the Interchange lifestyle blog.

One of Britain’s best-known jazz musicians is coming to Thornbury. Clare Teal has already played sold out concerts for us in Chipping Sodbury and returns to play the Armstrong Hall on November 15 with her trio. Read More > 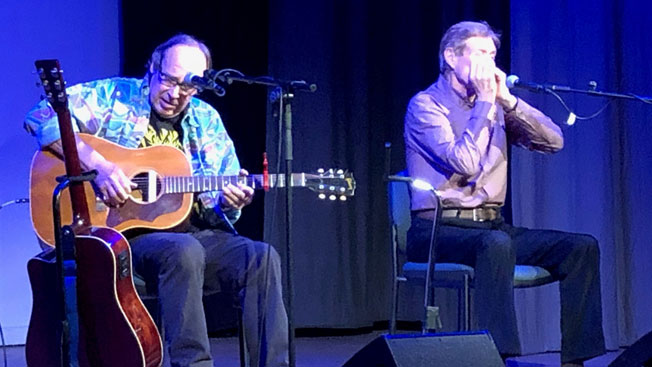